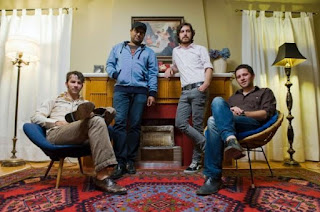 DEP caught some great Alberta acts last night at the Marquee Room in Calgary. Shane Ghostkeeper of Ghostkeeper  opened up the night with a pretty outstanding opening set. Just Shane and his guitar swayed the audience with soulful indie rock. Moments of silence cascaded the room while Shane free styled ballads and thoughtful personal hymns of romance, style, and unbelievable talent. Next up The Pale Moon Lights  took the stage minus one member and a lead vocalist with no vocal abilities due to illness. Non-the-less, PML held there own opening with Jonh Mayer and DogStar covers, original ballads, and country/indie/pop tendencies. They definitely took me by surprise and played an enjoyable set. Last but not least, Ryan Bourne's long awaited postponed - non-record release took place. Ryan played from his soon to be released album to a sparse but appreciative crowd. Experimental tangents made for an interesting debut. 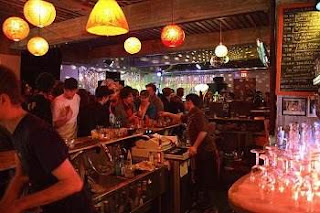 Notables in the crowd: Kerry Clark of Calgary Folk Festival and CJSW's Alternative to What, Kenna Burima of Wood Pigeon and Brenda Vaqueros, Jay Crocker, Matt Swann of Extra Happy Ghost, and countless others....