The General elections are coming up this October 18, 2010 and DEP is about to get politickin' all over your airwaves!! This big event only occurs once every three years which means the fat cats that get voted in for 2010 will be there for 1 095.7266 days, that's 26 297.4383 hours people!! These folks will be making all the major decisions for our city from how it looks to who gets what and where and why and how. Time to get in on it! There are tonnes of choices to be made including 10 Mayoral candidates, 14 Wards for Alderperson candidates in Calgary, and a bunch of people who want to run our schools. SO DEP is going to give you a hand.

We are planning to have several candidates visit the station over the next couple of months in addition to the election activities in planning for CJSW 90.9 FM. We may also be putting in our own two cents here and there. While refraining from soapboxes, we hope to give you accurate resources and info to get you to the polls in one peice. If you are 18+, a Canadian citizen, a resident of Calgary or other, and have lived here for 6 months prior to the election, you can Rock the Vote with DEP!!

So let's begin, shall we?

Where do you live - First things first, let's find out which area (WARD) you are living and who the heck you should consider as your next Alderman. You can only vote for an area you are currently living in. Recently moved? DON'T WORRY! You can fill out a Voters Register Card on the big day (or days if you decide to take advantage of the advanced voting option) First timer? No prob. The city of Calgary does tell you a bit about that: ELECTORS

Here is a list of communities of each ward. Below the picture, click on the Ward for a list of candidates, believe it or not, the City of Calgary website does not list candidates running in the elections so DEP is using a website called calgarydemocracy.ca, If you want to know who is leading your Ward right now, click HERE 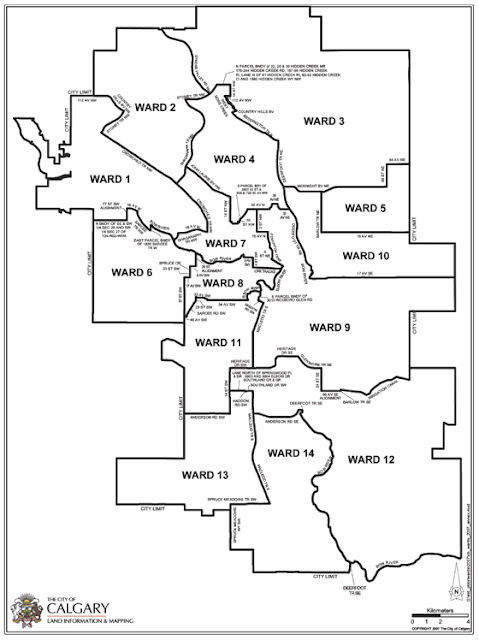