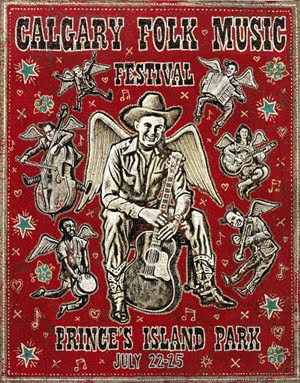 4 Days of 'Folk' in the sun just concluded at the 25th Calgary Folk Music Festival. This year's CFMF highlights are sure to titillate and inspire; from being chastised by musicians and folky fist fights to workshops featuring folk icons and patrons of profession and fame, it's been a wild west ride Calgary.


Montreal pop icons Stars were finishing their ethereal and optimistic set just as I was arriving. What is unfortunate is that I completely missed ' Library Voices who surely wowed and amazed. 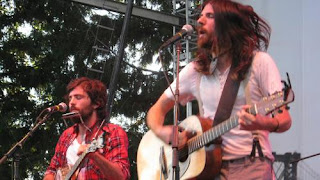 Avett Bros. Taking a  song or two to ease into the folk fest, the Avett Brothers seemed to be relaxed and confident in their 'punkgrass' rhythms and most definitely got the crowd moving. A friend of mine reported seeing a girl no older than 10 or 11 years of age with binoculars singing her heart out to the trio's upbeat and somewhat wholesome set. They projected a strong sense of raw energy and punk sentiments but fell a few feet short of my fav. alt rural sounds. None the less a valiant and enjoyable effort. Ending the night with a sing along, they captured the hearts and spirits of the beginning of the fest.

The evening highlight started out with the lovely Joe Henry to which I can not say enough about how truly dreamy and wonderful his set was. But it would just be wrong to deny that Friday night was the most darkly aggressive and then overly optimistic evening I have experienced at CFMF in the past 7 years. Whether the audience was being chastised by The Swell Season  (no really, this happened) or folkies were fist fighting over tarp space (no seriously, this happened too)....something needed to be done to bring a little love back into the evening and it turns out my most favourite surprise of the festival was able to do just that, thanks be to The Burning Hell. 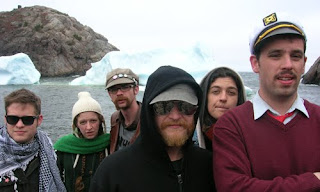 The Burning Hell  Like knights in shining corduroy with woodwinds and ukuleles,  The Burning Hell  let a little laughter and light back into the darkened second evening of CFMF 2010. The lighthearted lyrics of Mathias Kom combined with Gershwinesque instrumentals were the saving grace of the main stage sideshow. We (the audience) needed a laugh, and Kom wasn't about to disappoint. Starting off with a little ditty about being being skinny and Jewish then into a tune about being buried naked with his ukulele was an honest and superb fit. The three members of this seven piece band ended their set with a sing-along of the single word 'love'. Perfecto. Is it any wonder that in 2007 Kom participated in an international conference called Ukuleles for Peace? The Burning Hell played several workshops and a solo concert over the course of the weekend to constantly delighted audiences.

Other side stage delights that night? DEP reg. artists Timber Timbre whose sound got a little butchered but that did not stop them from winning the $25 000 Galaxie prize later that weekend, more to come on this.

The evening ended with thousands enthusiastically dancing to Michael Franti and Spearhead, who had to cancel last year due to illness. For his warm welcomed return, Franti encouraged everyone to take off some clothes and frolic in a mass of feel good lovin' good time goodness with surprise engagement proposals from audience members (no, seriously! Jury is still out on whether or not it was a yes as 'Catiana' was obviously out of her mind on booze and something else), children dancing with Franti, and a few unfortunate air guitar solos from audience members given instruments without plug-ins. Ultimately, there is only so much optimism one person can handle.


If there is one thing to be expected from CFMF, it is always the consistently enjoyable workshop stages of Saturday and Sunday afternoons. It is a time to experience what the festival organizers have worked long and hard to concoct, a recipe of intermingled artists forced to play together. Stages of pure musical chaos where festival goers fast and fury as mini lawn chairs race from one line-up to the next. This year's Saturday workshop required little movement. In fact, I was able to stay at Stage 1 for the entire afternoon,  discovering new artists while staying shaded from the blazing heat--a record temperature for Calgary this summer. I am not clear on all that I saw that day but here were are a few: 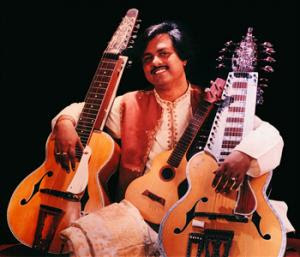 Debashish Bhattacharya World music from India is sort of a staple for CFMF and folk festivals in general since Woodstock and Ravi Shankar. Their 2008 album Calcutta Chronicles: An Indian Slide Guitar Odyssey, was nominated in 2009 for a Grammy in the category of Best Traditional World Music. They were fantastic.

Romantica Keep an eye out for lead singer Ben Kyle. He has great ability to interweave thoughtful prose of his personal life with intriguing ballads and banter to boot. Actually gave me shivers both times I saw them.

Ohbijou was a pleasant surprise for me as I missed them last year at Sled Island Music and Arts Festival. Very sweet and tendre.

Del Rey gave me a start with her scratchy records covers that afternoon as well as the night prior on the main stage. 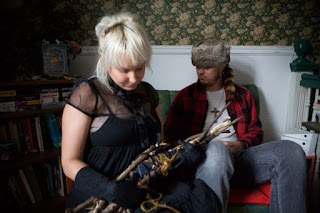 And last but definitely not least are DEP favourites Timber Timbre from Toronto. DEP has been on them well before I caught them at SXSW 2010. Lead singer Taylor Kirk sported a full balaclava or black head dress, covering his face when they first played on the main stage Friday night and then again on Saturday. But when they won the $25 000 Galaxie Prize on Sunday night, there was no costume or protective gear to be found, just a relatively shocked trio and Kirk who said "Guess we'll see you next year." (hearts)


I got my hippy on Sunday morning and went for Congo, Nigeria, Mississippi and India together on one wild world blues stage. This was a great way to start my senses for the endurance of four days of relaxing. The kind people at CFMF did not let us down for headliners to close out the 2010 festival. Sunday's performers included none other than St. Vincent and Roberta Flack. 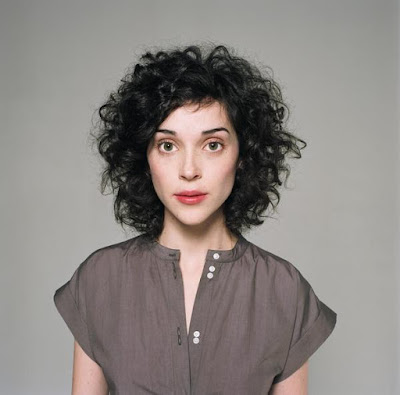 St Vincent A little breathe of magic took the stage when Annie Clark began to sing. The Texan didn't speak for three songs until finally she smiled and thanked everyone. A delighted few had been waiting long and hard for St.Vincent to take the stage, unfortunately not all folkies were as prepared for the moments of loud experimental rock that accompany Clark's angelic harmonies.

Let it also be known that I personally witnessed a 60 year old hippy hoot and holler in joy after the set. Some may have exited because basically the levels were shakin' the earth beneath us for quite a bit but for those who held on, well done. And of course, well done St. Vincent.

Roberta Flack led all the youth of today and those of yesteryear in a massive sing-a-long of 'Killing Me Softly' then into several dance flourished and soulful tunes. What a perfect way to end a great year for CFMF.