DEP host Jeanette was in Austin for SXSW Music, Film, and Interactive Festivals and got to take in some incredible events. Here are some highlights: 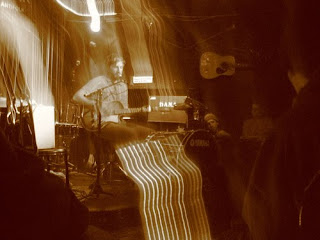 Got to catch Angelo Spencer at the Beauty Bar on March 16th, 2010. It was merely by
chance, but I overheard some heavy hitting drums coming from the back alley on my way to the hotel after Wanda Jackson (more to come!) And that is exactly what I found, two little dudes rockin' the stage one on guitar and the other on drums. Turns out Angelo (guitar) has played with the likes of Kimya Dawson (mouldy peaches) and is coming to Calgary this summer for Sled Island. WOOHOO! 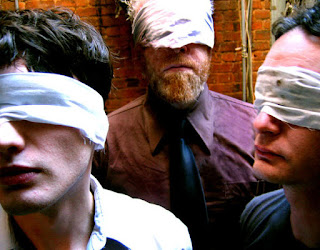 The Low Lows
I honestly had never heard of The Low Lows before SXSW, as I am sure is the case for most of you, as they are an Austin based power house of twang, keys, and full horns. But when I read their bio, I basically had to forgo any other plans to ensure I caught them. Here is that breathe taking summary of The Low Lows via SXSW:

Though you wouldn't know it to see them now, the Low Lows once had a prickly reputation for avoiding performance. In early years they existed almost exclusively through their short run of strange & mournful recordings. The swirling, majestic debut "Fire On The Bright Sky" was released at home; abroad in October 2006 to critical acclaim, and closely followed by the leaner, feral balladry of "Shining Violence" and the "Elizabeth Pier" EP. Then in 2008 the Athens GA trio relocated to Austin TX, and unexpectedly flowered quite suddenly onstage into a raw and sprawling 10-player communal spectacle.
Counting members of Polyphonic Spree,  Lily, Dark Meat and South San Gabriel  are among their players and alumni. The Low Lows' highly orchestrated 5-man brass section evokes both stax/volt-style balladry and Neutral Milk cacophony. Stately, dreamlike waltzes build to explosive, gospel-tinged climaxes. Druggy slow-burns and woozy country narcosis alternate with feedback drones & buried melodies that would be perfectly at home in a Velvets or Ghost show. Parker's high, lonely voice floats over everything, stark but sweet, recounting confessional love stories in a concentrated, reverberative, obliquely tragic prose. Steel guitar, vibraphone, and a slew of vintage organs and pianos round out a dense, funereal live sound, evocative of Band of Horses, Cat Power, Phosphorescent and early My Morning Jacket.
Signed to Misra Records in the US and Monotreme in the European Union, these days the Low Lows tour regularly on both continents. Their live shows are loud, electric and visceral. The BBC called their 2008 live session "absolutely beautiful... one of our favorite sessions of the year. Marvelous" & the magazine El Pais declared a recent Spanish performance "monstrously sad and brilliantly anachronistic... sparkling, slightly surreal rock icons that seem to have been sculpted out of white noise. Like werewolves mutating, feedback drips from freshly exposed fangs... Then suddenly they return to us, playing pretty, remorseful songs about the carnage caused". Recently the band has performed songs for Austin City Limits (Stage Left) television, on September 13th a festival appearance at All Tomorrow's Parties kicked off a series of west-coast American tours leading to the release of their 3rd full-length. 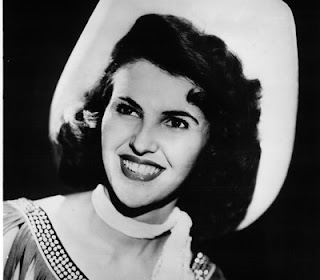 And what could be better than catching The Low Lows to find out that Wanda Jackson, the grandmother of rock and roll, was about the take the stage. The room basically filled like fire flies to light, and that radiant being who gave us all such joy took the stage in a red tasseled gown, jet black hair, and cool grace with every step. At one point Wanda used the post that held the rooftop of the tiny hall and basically stood smack dab in the middle of the stage, as a leaning post for a sultry rub of her backside and then her finger held her bottom lip saying: naughty at 70+ to the entire room. Wowza, this was not the bible thumping Wanda Jackson that we have come to accept and still love over the years. This was a hot time on the old town for WJ. She ended with 'Let's Have a Party' and the room was all hip swivels and dancing feet. Truly an experience to remember. 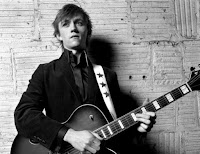 Sondre Lerche I was delighted when I saw that Sondre Lerche was playing SXSW. Truly, I had no idea he was going to be there when I got to Austin and to find out he would be playing the church across the street was more than enough to make me think: THANK-YOU AUSTIN!
And then of course, thank-you Sondre, who un-deniably is one of the best singer song writers around. His style is personal but doesn't rely on the heavy somberness associated with the singer songwriter, instead his tunes are fresh, calculated, and plainly enjoyable. I have followed his music after hearing him on a soundtrack. Thank-goodness it isn't whimsy that keeps Sondre interesting, nor the front row of 15 year old girls that keeps him popular. He can be loud and aggressive, sort of conjuring Jeff Buckley but without all the melodrama and sadness. Or smooth and fresh, melodic, and day dreamy. His music lacks any pretense of fame or rip offs, he is original and truly lovely.  He closed the night with a standing ovation and pure humbleness. All appendices up for Sondre! Would someone bring him to town already!? 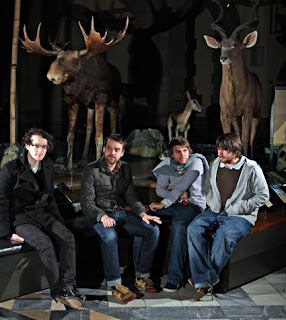 Frightened Rabbit
Holy smokes, I had been waiting months to finally see what Frightened Rabbit could do live and I truly feel that they are Spoon gone Scottish in the good years. In all seriousity, these dudes are raw and rock pop dreamy. With lyrics like 'it takes more than fucking someone to keep yourself warm' echoing through the horizon on a cool Texas night, chorused by a committed and enthusiastic fan base, they were awesome. they just released 'Winter of Mixed Drinks' their third full length album and a follow up to my personal fav so far 'The Midnight Organ Fight. Scott Hutchinson's vocals are savoury and sweet all at once, and he sweats like nothing I have ever seen before, a pool of Scottish wet with a guitar and mic! They are supposed to be playing the Biltmore in Vancouver soon, if not already, Calgary next?! 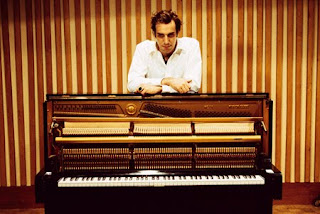 Ok, so dropping the F-bomb in a church is probably the least likely thing to gain my admiration. WhenI was through burning a hole in Chilly's back with my eyes, I was able to take in the Paris based Canadian's true prolific, genius, etc...of which he was also very willing to acknowledge. I have never seen anyone abuse a piano with such passion and strength, visionary in re-constructions of the classical discipline, and completely self admittedly, an incredible talent.
Email Post
Labels: Angelo Spencer Chilly Gonzales Frightened Rabbit Live Show MUSIC Sondre Lerche SXSW The Low Lows Wanda Jackson